Skip to content
There are many elements to think about when designing a Role Playing Game. You have to think about the scenery, plotline, and overall appeal to the game. But one of the most important aspects of a game are the Non-Player Characters (or NPC’s).

Most of your world is composed of NPC’s. These are the people that your hero (or PC-Player Character) talks to and interacts with. This includes the Baker, Blacksmith, King, Newborn Babe, Mom, Dad, and more. (Remember that most NPC’s are not aware of what the hero has been doing or has done, and will act accordingly!) But NPC’s are also the Monsters, Ghosts, and animals. In short, the world is basically composed of NPC’s, the setting and the hero.

When we think of NPC’s, we think of the people who talk, whether it be the tax collector scolding you or the Villain’s soliloquy. But NPC’s don’t have to talk. As the saying goes, actions speak louder than words. The Silent Mime who robs the bank is still a NPC-and his actions show you that he’s a villain. Therefore, the many parts of a NPC are important. Otherwise, your NPC make lack the depth it should have.

When you make a NPC, there are certain qualities you have to remember: Speech, Actions, and Their Reason (Or Backstory). You need these traits to create a well-defined NPC. It may sound daunting, but for the most part it’s easy. You only need to focus on the main characters. If you focus on every person in your crowd that has gathered to see the King, besides from a fried brain you will also have distractions for the hero and, most likely, a poorly developed King.

Speech is what the character says. You have to convey the person’s mood, reasoning and knowledge into statements. As with before, you normally don’t need to do this with all characters. But consider the following: The hero is about to leave home, as he wants to escape the sleepy world of being a farm boy. While his father doesn’t want him to leave, he understands the hero completely-he did the same thing at 21 too. However, the mother is upset that her only son is leaving, and thinks she has failed as a mother. When the hero talks to the father for his blessing, the father says: “Our farm will be lonely without you. But it is every boy’s dream to find adventure. I hope you the best, and give you my blessing. May the wind be at your back, and your sword stay sharp.” When he asks his mother for a blessing though: “Why? Why must you go? I’ve done everything I could to make you happy, to feed and clothe you! How did I fail you, son? What did I do wrong?” When the hero assures his mother that it’s not her fault:“I’ll worry about you… come back soon… you’ll be home for dinner, right?”

A little extreme, but you get the point. If the parents just gave their blessing without any speech along with it- besides from sounding unrealistic- your NPC’s would be boring, sound uncaring and the hero would feel very little concern if his parents died or were held captive. Would you want to save your father who is held captive if he said “I give you my blessing. Now leave” ?

Actions are what the character does or has done. This is important! The Evil Wizard isn’t as evil if you only heard that he’s evil. He’s more evil if you caught him in the act of kidnapping the Princess, but he’s heinous if he kidnapped the King before and burned down four towns while feasting on… well, need I say more? His actions almost dictate what he says: if the King has been known to be merciless, then you know that when you ask him for mercy for helping out Robin Hood, he will not only say “To the dungeon,” but he will also say “If you knew this was your fate, why did you act like so?” The King might even be annoyed for another routine execution, and thereby cruel towards you. 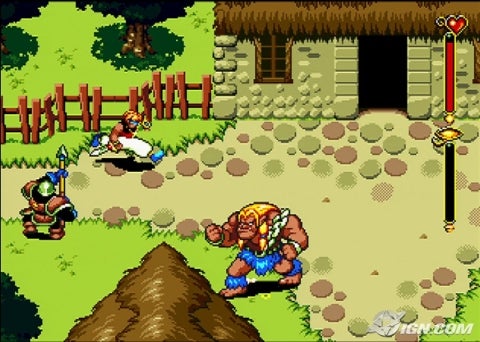 Backstory is what the character has already endured. Kind of like action, but Backstory includes his family history and experiences. The family of cruel tax collectors are known to be harsh towards the lower castes. When their good-natured son talks to you, the first thing he says is “I’m not like them! Trust me, I’m a good person! Please help me…” If he just goes up to you and announces he is the son of Mr. I. R. S., you would probably back away from him slowly to avoid a tirade of yelling. You would never know that he is a good person on the inside.

Most of the time, we subconsciously add the right stuff. But the most important rule about creating good NPC’s is to make them different. If they all say “Hi” when you say “Hello,” that’s boring. If they all sound like you- whether you are an uncouth ruffian or a well-mannered noble- it quickly grows tiring. It would be unrealistic. The real world is full of many different people, and your world should resemble this.

When you create the world, its all up to you. You set up the mood, and you can decide if your game will be amazing or not. From the Orc to the School Teacher, you control them all. A great responsibility to shoulder, but if this knowledge stays with you your game is bound to be on the path to success!

One thought on “How to Design RPG Characters”